Fabric can be made from interlacement, interlooping , intertwining  or bonding of two , one or multiple threads or fibers with specified dimensional stability that can be transformed to apparel or Garments. we are gonna discussing about GSM as wall.

There are three major methods of mechanically manipulating yarn into fabrics

Interlooping consists of forming yarn (one set yarn such as warp or weft) into loops, each of which is only released after a succeeding loop has been formed  and intermeshed with it so that a secure ground loop structure is achieved . knit fabric is produced by Interlooping

What’s RFID, How it works & Application

What is band knife

What is garment Tech Pack or Spec

The process of passing the warp yarn through the drop wire/ dropper is called pinning.

The process of passing the warp yarn through the heald eye of heald Frame is called Drawing  .

The process of passing the warp yarn through the heald eye of heald Frame for a specific fabric such as twill , plain is called Drafting .

The process of passing the warp yarn through the dent of reed is called Denting .

By reducing hardness, the package has to be made suitable for dyeing. It is called soft winding.

During winding process a hard package is made from the soft package. Then it is converted to a cone form. It is called hard winding.

The relation of grey fabric with yarn, fiber and polymer is known as backward linkage.

It is the metric measurement of the weight of a fabric. The Elaborate form of GSM is grams per square meter. it is also known as (gm/m2). Some clothing items are still marked in Imperial weights OZ or oz/yd2. OZ or oz/yd2 means ounces per yard squared

We can measure GSM  by using following steps without GSM Cutter :

This is very important to understand the variations of fabric weight 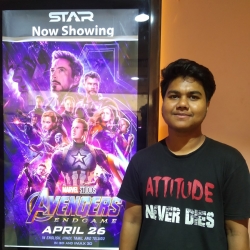